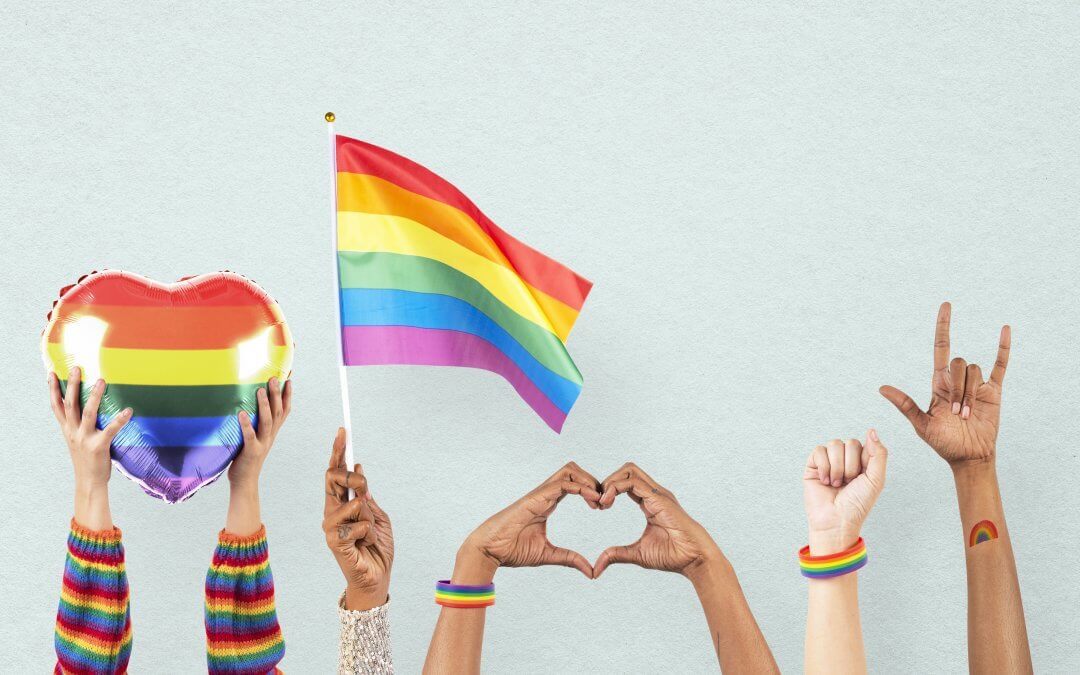 It’s Pride Month, and I was recently reminded that sharing kind words and the LGBTQ+ flag is a political statement. This reminder came from a “homophobic” individual who was withdrawing their support from organizations advocating for LGBTQ+ rights.

Personally, I’ve never liked the word “homophobic”. While it does apply to some people who legitimately don’t understand homosexuality, we often use it to describe people who hate LGBTQ+ people.

Hatred is not the same as fear.

I shook my head at this comment, and I thought about the off-handed joke by Marc Maron that somehow hating Jews is considered a political topic. Again, it’s simply discrimination; bigotry.

Bigotry isn’t the same as politics.

That being said, I do become annoyed when a company changes its logo to rainbow in June as a sign of solidarity, when in fact it’s only a sign of capitalism. (One education unicorn did this last year–although not this year–and I was irritated every time I logged onto the site.) From fast food restaurants to retail stores, and everything in between, corporations often feel they can turn a greater profit if they change a symbol for 30 days, as if that is enough to claim it supports an entire demographic.

Patronizing isn’t the same as solidarity.

When MyCoolClass members share a flag or make a statement in support of the LGBTQ+ community, it’s not meant to be political. It’s simply humans supporting each other in a world that can be discriminatory, hateful, and cruel.

So, let me share some thoughts and examples of cruelty–and my hope for the future.

I grew up in an area in the US in which some people were incredibly supportive of the LGBTQ+ youth, and others thought they should be beaten or killed. It was typically one extreme or the other. Even being friends with gay kids was enough to make you a target for bullying.

According to Human Rights Watch, “...at least sixty-nine countries have national laws criminalizing same-sex relations between consenting adults. In addition, at least nine countries have national laws criminalizing forms of gender expression that target transgender and gender nonconforming people.” So, taking a global view, my teenage years were mild, and I don’t want to misrepresent the severity in a larger sense.

That being said, when Americans think of “bullying,” they often think of the insults and rumors cruel kids use, whether in-person or via cyberspace. And for the record, words and rumors kill. In 2019, the University of Southern Maine published a paper detailing the link between bullying and suicide in LGBTQ+ youth, and they specifically cited Jamey Rodemeyer, one of the most famous examples.

In fact, in 2015, the National Center for Transgender Equality conducted a survey of trans Americans, and the report they released in 2016 is literally nauseating. Among the most notable statistics: 40% of survey respondents reported attempting suicide at least once. (If you haven’t read it, it’s an enlightening and difficult read. If you identify as trans/nonbinary, consider completing the new survey being released later this year.)

So, my constant defense and support of LGBTQ+ friends resulted in plenty of bullying, but it was mild compared to the bullying experienced by my friends who had taken the enormous risk to come out during high school. One sophomore was nearly sexually assaulted in broad daylight when he had stopped at a gas station. Another student was beaten and disowned by his father. Neither of those incidents were reported to police; it was simply considered part of the experience of being a gay high schooler.

When someone tells me sharing a flag is a political statement, those are the stories I remember first. Hating LGBTQ+ individuals is accepting that the consequences of that hate are justified.

Personal Experience as a Teacher

When I was still teaching in-person, one year I taught a student who was openly gay. The bullying was covert, but it was still bullying. Racism was emerging with students simultaneously, although unrelated. To address this, I gave a 20-minute lesson about bigotry in general.

I tried to impress upon students that they almost certainly knew someone who was LGBTQ+, and by saying hurtful things, they were not providing a safe space for their friends to be open with them about their identity and feelings. This was particularly helpful for students who really weren’t biased but said terrible things to follow the trend.

However, this had no effect on kids who were proud of their bigotry. Trying a different tactic, I told the horrific story of Matthew Shepard’s murder. And then something happened that I could have never predicted.

Honestly, I don’t remember the exact words I used to stop him. I remember they were harsh while avoiding profanity, but I was so in shock–and so many students were in shock–that I didn’t really know how to respond.

To make matters worse, after hearing about my speech, the kid’s family approved of his actions and was horrified that I had tried to “convert” their son to accepting gay people. I’ll skip the remainder of that story.

Later that week, a staff member pulled me aside. She’d never talked to me about her social views, so I didn’t know she was an ally until that conversation. “I don’t know how to be around him,” she told me. Being in the same room with him upset her; for the first few hours, it was anger, but now it had morphed into despondency, just as it had for me.

It was a true heartbreak shared between two kid-focused adults who wanted to teach students and help raise kids who would be healthy, successful, compassionate adults. If Matthew Shepard’s story doesn’t make you feel compassion, I’m not sure anything will.

We felt bad for him, that this was the person he was choosing to become, and we felt bad for the kids around him, who would likely be bullied at some point. We could only hope that he would have an experience (maybe his best friend coming out) that would change his mind, and make sure he didn’t bully anyone in our presence.

I don’t know what happened to that student, but I think of him every time I’m verbally assaulted by someone who hates a company, organization, or person who is an ally to the LGBTQ+ community.

And Yet We Hope

Despite the dark experiences and statistics, I have faith that things will improve. Homosexuality isn’t a disorder listed in the DSM anymore. The Matthew Shepard and James Byrd Jr. Hate Crimes Prevention Act became a US law in 2009. This month, gay marriage will have been legal in the US for 7 years. Between 2019 and 2021, Taiwan, Ecuador, Costa Rica, Switzerland, and Chile legalized gay marriage, too.

Online education provides a safe space for bullied kids, including LGBTQ+ students. I estimate 10% of my students are victims of severe bullying. Sometimes, I teach those kids for a few weeks while their families look for a better school; sometimes I teach them for years because they’re permanently homeschooled. MyCoolClass provides a safe space for those students; I’ve never had students bully one another in my classes. Not once.

One day, the guy who pulls his support from organizations that advocate for LGBTQ+ rights will be the minority, and people will roll their eyes at his ignorance. One day, the bullies of LGBTQ+ youth will be ostracized or receive appropriate consequences. One day, the countries who ban homosexuality will be the exception.

These aren’t political statements; they’re belief in a greater good.

Love and support shouldn’t be political.